The flank form of a worm gear hob is determined by the flank form of the driving worm. The various flank forms are standardized in DIN3975, which distinguishes between ZA, ZN, ZI and ZK worms according to the generating method. 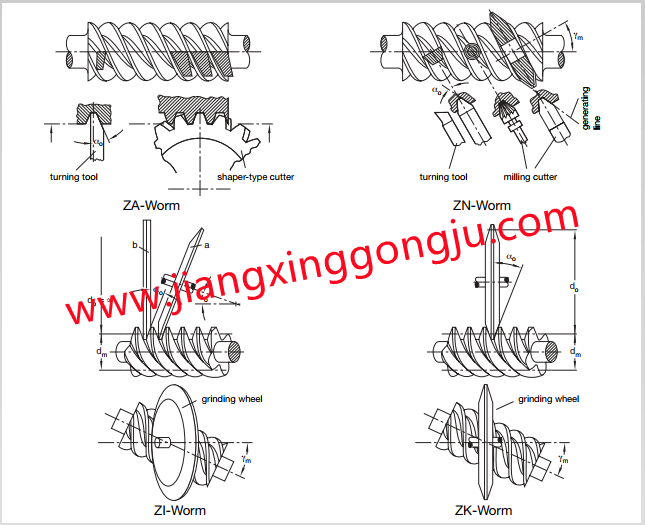 Worm gear hobs can be manufactured as bore-type hobs with keyway or drive slot, or as shank-type hobs. Generally, preference is given to the less expensive bore-type hobs. However, if the hob diameters are very small and the profiles very high, it may be necessary to select a shank type.